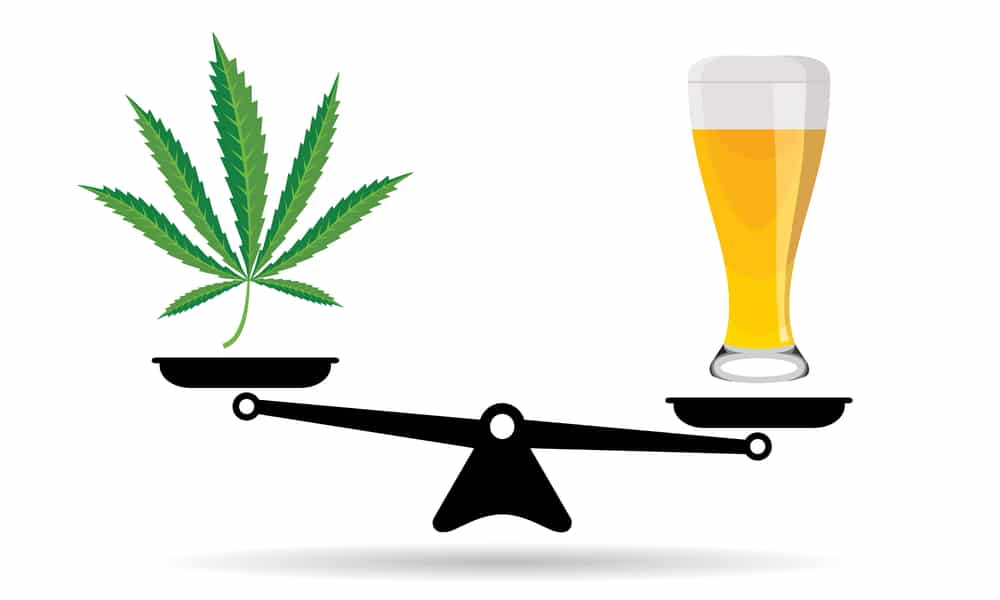 Stoned People vs. Drunk People — Is Pot Better Than Pabst?

From the 1960s onwards, pot has been the premier drug for Lennon-listening peace lovers. By contrast, alcohol has always been associated with violent bar brawls. But just how scientifically accurate are these stereotypes? Are potheads really less likely than drinkers to pick a fight?

Although there are still heated debates on this topic, recent data suggests pot is way more peaceful than a bottle of port. While marijuana has some potential side effects, it doesn’t appear to provoke aggression as much as alcoholic beverages.

One of the most illuminating studies comparing stoned people with drunk people took place at Maastricht University in 2016. For this trial, researchers put three groups of people through deliberately annoying tests and examined their responses. One group didn’t use alcohol or marijuana, but the other two used one of these drugs beforehand.

After they got non-control participants high or drunk, scientists showed violent images and asked participants to pair them with a list of words. Afterward, study participants had to play a computer game that was designed to frustrate them.

Study authors claimed alcohol was most likely to increase hostility. When subjects were drunk, they exhibited more violent behaviors and negative responses to questionnaires.

By contrast, the marijuana smokers seemed to be the most relaxed of the three groups. Not only did cannabis users react better on the self-assessment tests, they showed less aggression during the stressful tasks. 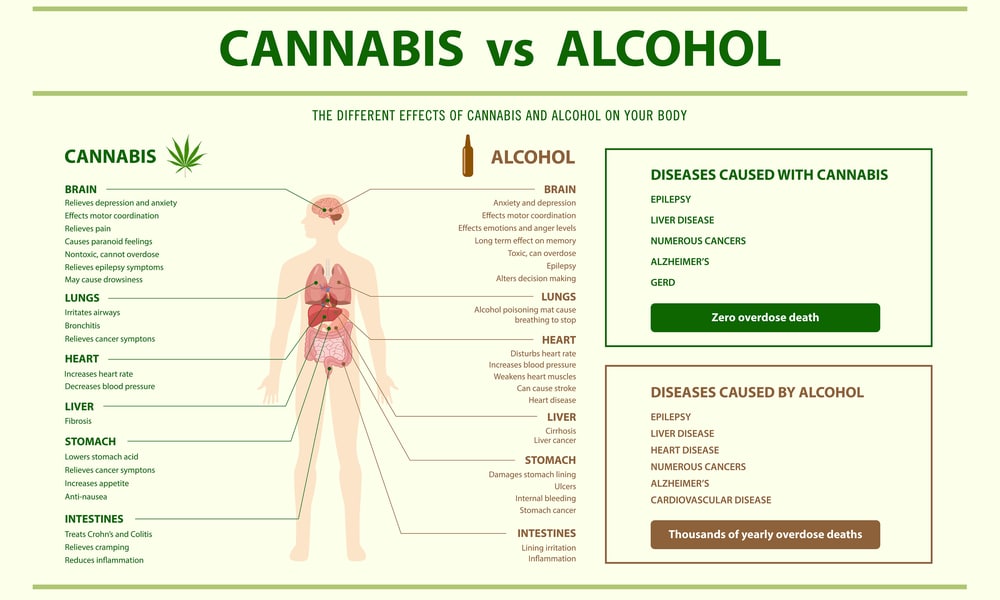 So, Will Marijuana Never Make You Mad?

While cannabis users aren’t as likely to get as belligerent as beer drinkers, that doesn’t mean THC could never induce adverse side effects. Indeed, it’s well-known that some marijuana users could feel paranoia after taking a hit of pot.

Thankfully, there are now many ways tokers could control this unwanted side effect. For instance, people prone to panic attacks could use cannabis strains with low THC concentrations.

Interestingly, research from the University of Illinois suggests that low-dose THC has more beneficial effects than high-dose THC. In this trial, subjects took 7.5 mg or 12.5 mg of THC before a stressful test. According to researchers, those in the 7.5 mg group had far fewer stress biomarkers versus those who took 12.5 mg of THC.

Many scientists also believe genetics play a role in how people experience cannabis. Some people may be able to handle more THC without feeling paranoia. However, those more sensitive to this cannabinoid need to be extra cautious about using high-THC strains.While these concerns are valid, that doesn’t mean marijuana is more dangerous than alcohol. In fact, most scientists claim alcohol is a more significant public safety threat than cannabis. True, THC can cause paranoia in some patients, but there’s no evidence to suggest pot has a greater lethality rate versus liquor.