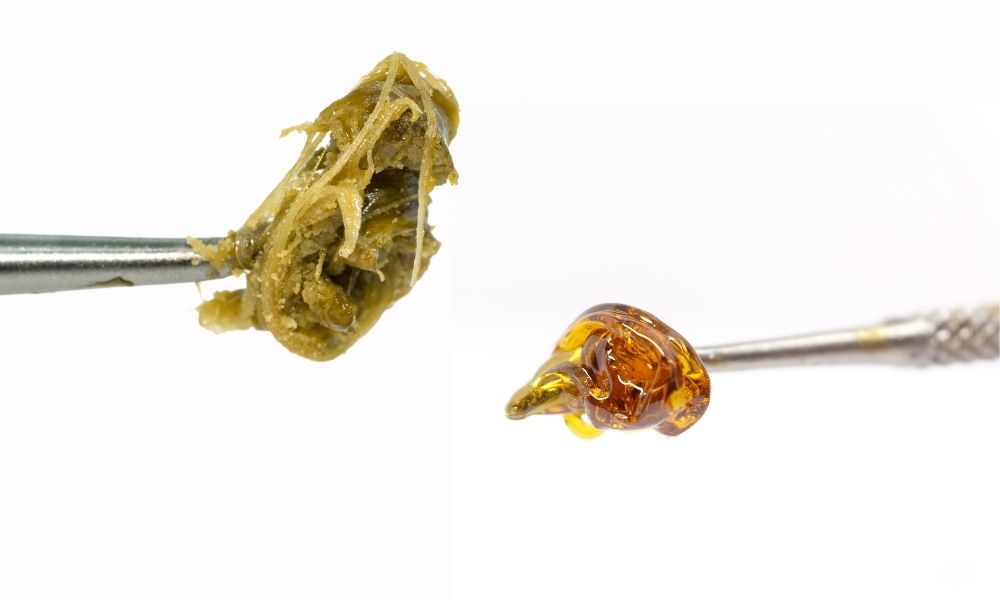 Rosin vs Resin Whats The Difference?

The world of cannabis looks very different than it did just a few years ago. While joints are still a thing (and continue to be very popular, at that), they’re far from the only option on the market anymore. Today, there are all kinds of products, including vapes, edibles, tinctures, and topicals. One section of the market that’s been taking off recently is concentrates. These highly potent products have many names. What makes things even more confusing is that some of them sound pretty similar. Here, we’ll go into the differences between rosin vs. resin.

First of all, if you’re new to cannabis, you might be wondering, what the heck is a concentrate? As the name suggests, it’s a form of concentrated cannabis. Manufacturers extract cannabinoids, terpenes, and other beneficial compounds from the plant and concentrate them into an incredibly potent product.

There are all kinds of concentrates, and they involve different methods of production. Some require the use of solvents, while others don’t.

There are a few more differences between rosin and resin than a single vowel. Resin is a term that refers to the sticky trichomes that you see on mature cannabis buds. They’re the part of the plant that house cannabinoids, terpenes, and flavonoids. When you hear a cannabis user mention “resin,” they’re generally referring to tar residue that’s left at the bottom of a pipe or bong bowl. Some users have scraped this residue off and smoked it when they’re out of their favorite stash.

Rosin, on the other hand, is a type of solventless concentrate. Manufacturers make it by using a combination of heat and pressure to squeeze the trichomes from dried and cured buds, kief, or hash. It’s a fairly simple process that creates the potent rosin that many users enjoy. Some users even make homemade rosin from their favorite buds. 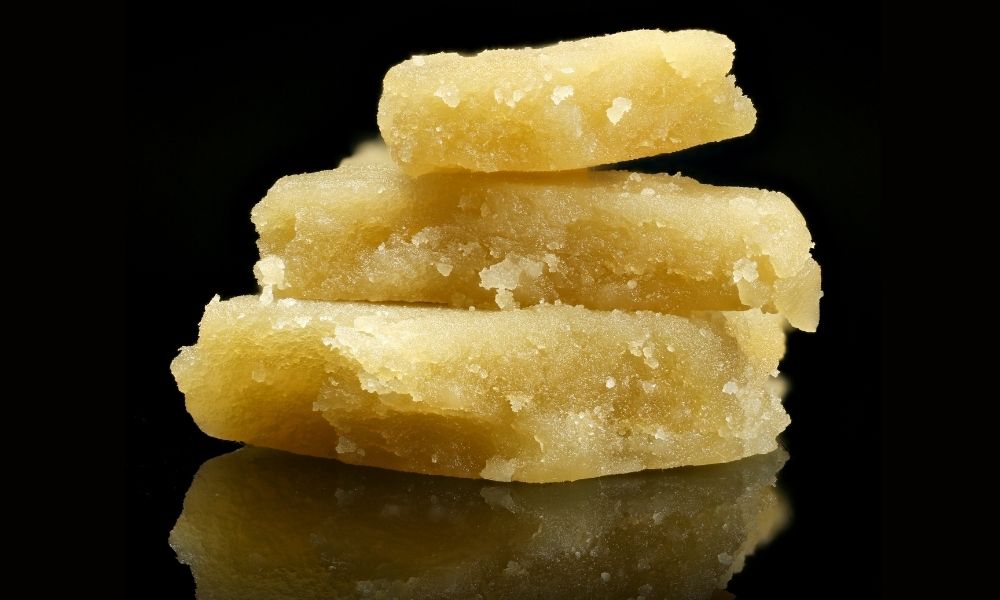 As if things couldn’t get more confusing, there’s more. We also have live rosin and live resin. These are two entirely different types of concentrates. Creating live rosin is more complex than rosin. Manufacturers start with freshly picked or flash-frozen buds. They place the buds in a container of ice water and mix it up to encourage the trichomes to fall off and sink. They collect the material at the bottom of the container and send it through a series of screens to remove as much plant matter as possible. They collect the trichomes, dry them completely, and then press them.

Live resin is a type of solvent-based extraction. Like live rosin, it starts with flash-frozen cannabis buds. Manufacturers use a chilled solvent (typically butane, but some use CO2) to pull the cannabinoids and terpenes from the frozen plant material. After being purified, the liquid undergoes a slight heating process to evaporate any remaining solvent to render the final product safe for use.

While live rosin and live resin are two very different products, they do have one thing in common. Due to the manufacturing processes, they retain many more terpenes than other types of concentrates. As such, they are some of the most flavorful concentrates on the market.

Understanding concentrates when you’re a newbie can feel overwhelming at first. Once you start learning the differences, however, you’ll be able to narrow down your options and find the ones that make the most sense for your needs.