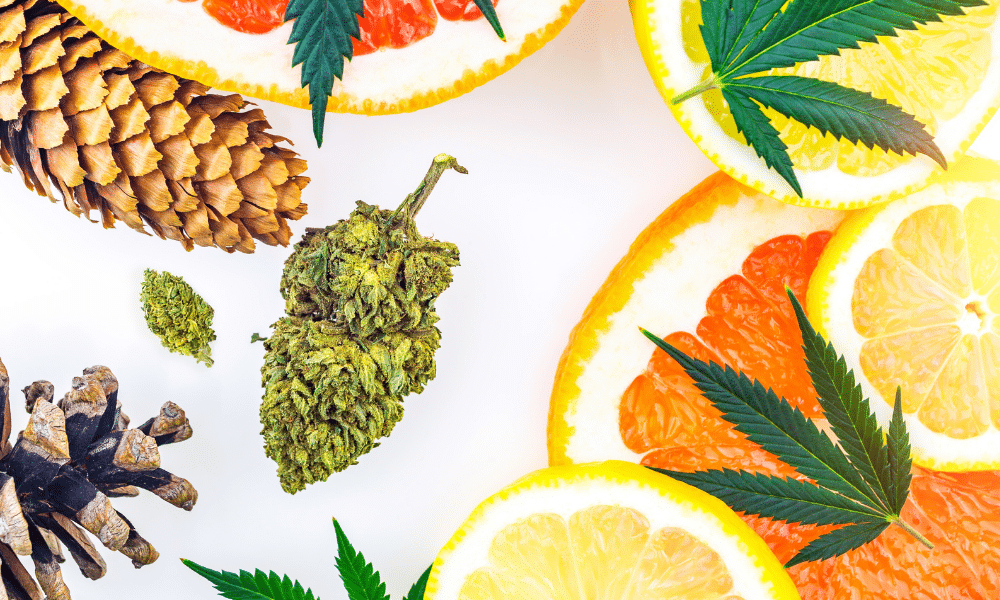 We recognize terpenes since we’re very young, but many people don’t get familiar with them until their adult life when they see a list of terpenes common in cannabis. So what exactly are terpenes? They’re chemical compounds with strong aromas giving certain plants their characteristic smell. In fact, you can probably conjure up the fragrance of pine, lavender, and orange peel at the drop of a hat. Terpenes help protect these plants and fruits from intruders like pesky germs.

When it comes to cannabis, terpenes also add a characteristic scent, but they don’t all contribute the same fragrance or even benefits. To make approaching the topic a little easier, We’ll guide you through what you need to know. Here are the most common terpenes found in Cannabis, terpenes’ effects on humans, and the benefits you can get from them.

Effects of Terpenes On Humans

Though terpenes and cannabinoids affect your body, since they’re different compounds, they’ll do so in entirely different ways. For instance, there is no “high” or euphoria effect from terpenes. After all, how many times have you gotten high from the smell of an orange? Think of terpenes the way you do aromatherapy. They provide a soothing and relaxing effect, with each scent offering different benefits. Some Initial research says that terpenes can work in tandem with CBD to enhance its effects. This is one reason why terpenes and cannabis are so often associated together. 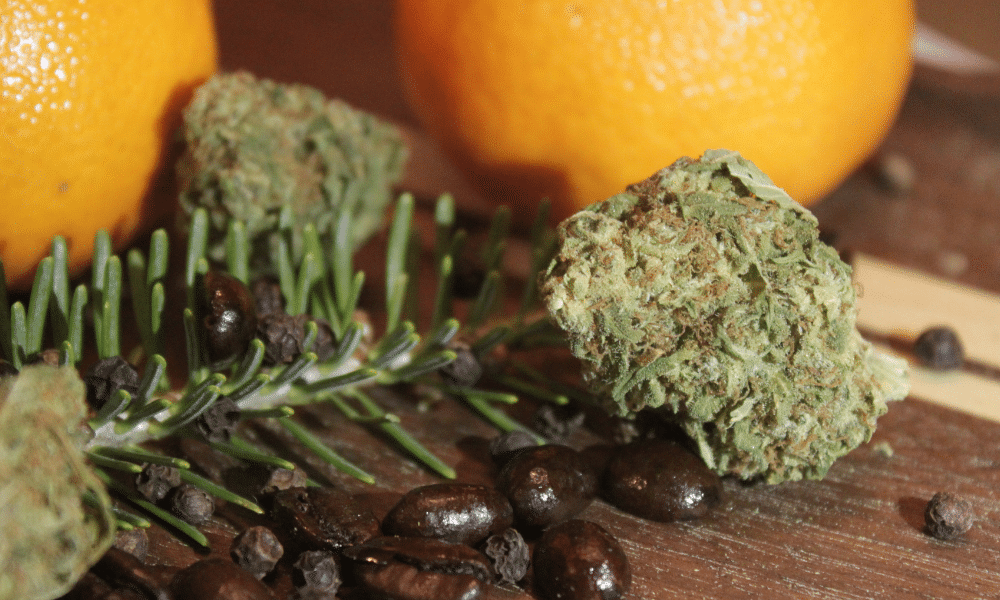 Most Common Terpenes in Cannabis

There are tens of thousands of terpenes in existence (that we know of) and about 100 in cannabis. Some, of course, are more common than others and present in higher concentrations. In fact, some terpenes found in cannabis are also found in other plants and can smell familiar to you. Here are the most common terpenes in cannabis:

Often called the “mother of all terpenes,” Myrcene is a sedative terpene with benefits like anti-inflammation and pain relief. Myrcene is also found in mangoes and has a fruity and earthy aroma.

Humulene is a terpene found not just in cannabis, but also in hops used in beers like Heineken, a particularly hoppy brew. Humulene’s aroma is mostly earthy and herbal. Some of its uses include treating allergies, targeting tumors, lowering inflammation, and suppressing your appetite for weight loss.

Whenever someone says there’s a smell of cannabis in the air, Linalool is probably the terpene they’re referring to. Its effect on the serotonin receptor results in sedative effects to relax the body and mind. It’s often used to treat depression and anxiety, but researchers are looking into Linalool’s effects on memory loss and Alzheimer’s as well.

While this is of course a quick introduction to the most common terpenes in cannabis, there’s a whole aroma-filled world out there for you to explore. Whether it’s long-term benefits you want from your cannabis or the immediate effects, terpenes can significantly improve your cannabinoid experience.

« THC Pills For Pain
Top Shelf Weed Is Worth The Expense »